Over the years we buy many things that we use for various purposes, and some of these things become favorites that we replace with new items of the same kind as the old ones get worn out. Until we are (surprise!) no longer able to do so, because the favorites have disappeared from the market.

Sometimes it is possible to easily find a usable replacement, other times it is more difficult, even impossible (and the search can get expensive).

Below are some favorites of mine that have disappeared from the market. 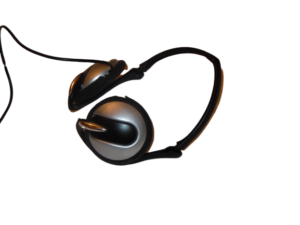 Unfortunately, it seems Sony has stopped producing these headphones, at least the wired variation, as have most other manufacturers, and the last (low quality) set I have is now nearing end-of-life.

I do notice that there are some small shops in Norway selling headphones like these, but they all lack iPod remote control functionality. I also found listings of similar Sony headphones on Amazon, but considering that Sony does not presently list any wired behind-the-neck headphones I have not looked closer on those listings as I suspect they are actually years-old leftover registrations that are no longer for sale.

For the iPod it seems that the only real option is the Bluetooth variations (see below), but I also use such headphones with my stationary computers, too, and I don’t want to add Bluetooth connectivity to them (Paranoia mode: I’d rather not have any wireless connections to them, at all). I might try out those small Norwegian shops to get some behind-the-head headphones to my computers (don’t need remote controls for those). 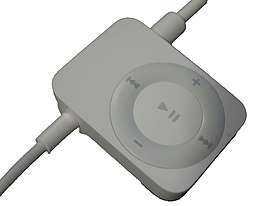 Years ago I replaced my Walkman. First with a Discman, and then started using various MP3 players, and eventually started using iPod players.

Among the benefits of the iPod players was the (Radio) remote control that you could fasten in an easily accessible location on your jacket, sweater, or t-shirt (unlike in the classic iPod ad, I carry the iPod in a pocket or my bag, not in my hand).

Like all mechanical items, the remote control eventually wore out, so I replaced mine multiple times until I was no longer able to find them since Apple had stopped producing them.

Various headphones did fill in the void with a simpler kind of remote control, but these are mostly either the earbud type (which I do not like; I only have one set of earbuds, the noise-canceling headphones I use when flying), or the gigantic over-the-ear-and-over-the-head headphones, none of them are of the wired on-ear, behind-the-neck type I prefer.

As far as I can tell the only current alternatives for behind-the-neck headphones with remote controls are the Bluetooth variants (frequently with an unnecessary microphone), which is a problem since the iPod does not have that capability, or start using a (new) phone (won’t be an Apple phone) as an MP3 player instead.

I have discovered that there are Bluetooth adapters for the iPod, but I worry that they do not provide good enough sound quality. The reason for this worry is that some years ago I tried a third-party iPod remote control, which also could use a Bluetooth connection to your phone.

However, what I discovered was that this remote control distorted the music quality, so I stopped using it. I am worried that the Bluetooth adapters will have the same issue.

As one can surmise from my recent article about keyboard layout switching, I think keyboards are important. After all, I use them for all my work.

And like many, I have strong opinions about how a keyboard should be laid out and work. Among my must-haves for desktop keyboards is the classic layout with the horizontal 3-by-2 section Insert/Home/PgUp in the upper row and Delete/End/PgDn in the lower and arrow keys below that. I was seriously annoyed when some manufacturers changed that layout, as were many others. Fortunately, the old layout has remained available.

When it comes to laptops, one does have to make some adjustments. After all, the room available for the keys is a bit … limited. Originally, I used IBM Thinkpads from the X-series, first an X20, and later an X40, when traveling, and these had a keyboard that looked and felt like an ordinary keyboard in the main part of the keyboard, which meant that the transition between the normal desktop keyboard and the laptop was fairly easy.

However, sometime after Lenovo bought the Thinkpad product line from IBM, they started replacing the Classic keyboards in the low-end laptops with the newfangled (and less expensive) island-style keyboards where the keys have a bit of space between them. That keyboard organization is not a good fit for me since the key spacing is slightly different compared to ordinary desktop keyboards, which results in my fingers not hitting the keys correctly when not looking at the keyboard, so typing becomes slower than it could be and switching keyboards become more difficult.

In early 2013, I came across a Lenovo blog article effectively saying that the Classic keyboard was “dead” and to “get over it”.

Get over it? No way! Hours later I made off with one of the last X220s sold in Norway, thus making sure I had a laptop with a Classic keyboard for years to come.

Late 2017, it seemed like Lenovo did a small rethink of their position (at least for a short while) since their 25-year anniversary edition of the Thinkpad had the Classic keyboard. Both Jon and I hurried to the store to get ourselves one.

Unfortunately, it does not seem like Lenovo decided to return to the Classic keyboard permanently. Considering that the Thinkpad, and in particular the X series is/was considered the pricey, high-end laptops purchased by business users with a need for good quality hardware, it seems a bit odd to remove one of the trademark parts of the series, just to save a few dollars.

My recommendation to Lenovo is to bring back the Classic keyboard, preferably to all their laptops, but at least the X series laptops.

In my case, I need extra support under my feet’s arches, and unless the shoes provide that support I have to use steel inlays like I had to do since before I began primary school. 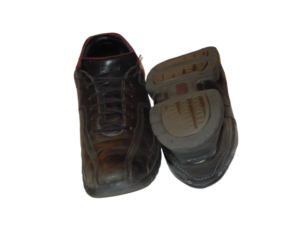 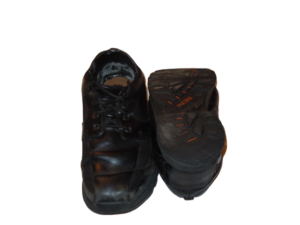 After more than 10 years using Nike Air shoes, which did give me the necessary support without inlays, I discovered Rockport’s XCS shoes which, besides a businesslike look, had very good support for the arches and real good shock absorption in the sole. These shoes worked very well for me and I kept buying at least one pair a year, including winter shoes (I had to use inlays until then).

However, a few years ago Rockport stopped producing the XCS system shoes that were what I call “business shoes” (nice black ones, but not dress shoes), leaving mostly hiking shoes.

A different product line was supposed to take over, but I stopped using the one pair I did buy after only a few days – they were not good for my feet.

At present, I continue using the old pairs I have left, having them repaired whenever there is a problem, but they will eventually wear out. The winter shoes already have taken their last step.

Why do nice things disappear?

There seems to be a line of thinking among vendors and outlets that, unless something is a runaway sales success, it does not deserve a place among the products they sell, and even the products that are being sold get their features removed if they are deemed too costly and/or not relevant to how well the product sells.

This is something that we’ve seen in software as well. This trend in browsers was one of the main reasons Vivaldi started. As another example, I am still using Smartgit 4.6 because newer versions removed a fundamental UI feature that I am frequently using several times a day, and replaced it with something that does not work very well when you have a dozen projects with 500 000 files or more.

If they are not careful, this may eventually cause them to go out of business, because this will drive away the loyal customers who did buy those items because of those features. For example, I haven’t been buying any Sony headsets or Rockport shoes since they stopped selling the ones I was buying, and if Lenovo isn’t selling Classic keyboards I might go looking at other brands instead (although the red cursor button in the keyboard is still a good reason to buy; I don’t like touchpads, and disable them within minutes of first boot).

Others are making similar observations. Recently, one of the Science Fiction authors I follow posted an article with similar concerns about how (brick and mortar) retailers were removing items from their list of products, thus forcing customers to buy the items they need online, then complaining about how the “internet is destroying their business”.

Sony, Apple, Lenovo, and Rockport, where did all the nice things go?

Maybe you can tell me which of your competitors are able to sell me something that works as well as yours did?

3 thoughts on “Where did all the nice things go?”